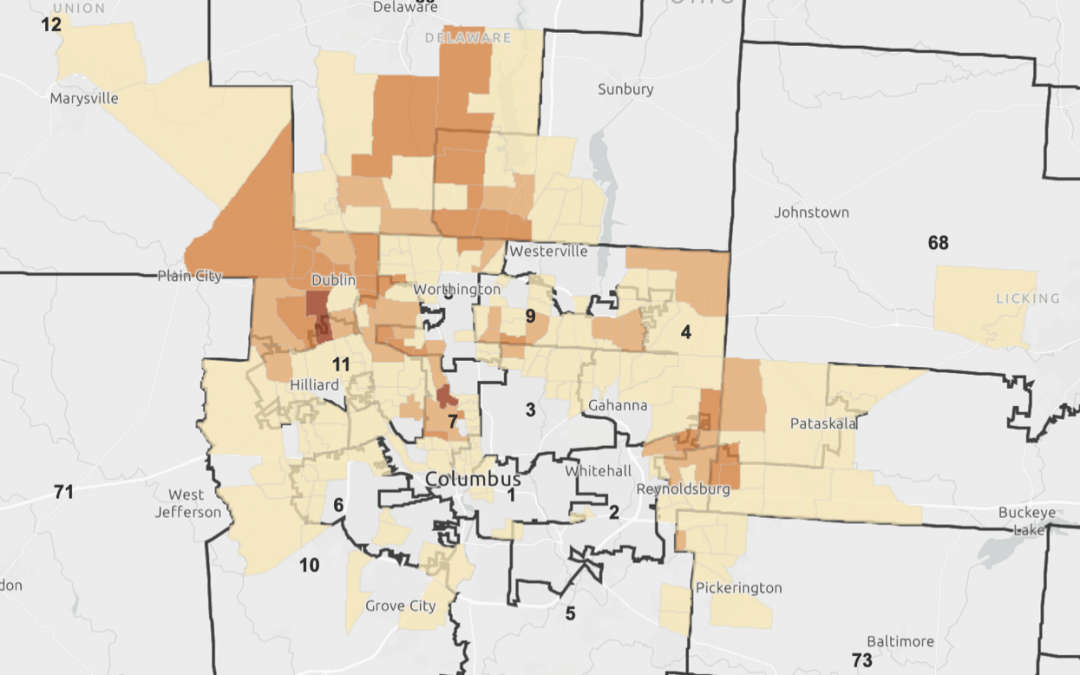 OPAWL, a statewide grassroots feminist organization that is building power with Asian, Asian American, and Pacific Islander communities in Ohio, strongly supports the creation of fair maps that keep communities intact and demands that the public, including AAPI Ohioans, be meaningfully heard both in this process and at the ballot box.

On January 12, the Ohio Supreme Court invalidated the state legislative maps, claiming that the enacted map violates the proportional representation requirement of Article XI Section 6 of the Ohio Constitution. The Court explicitly ordered that a compliant map needs to reflect the partisan makeup of our state, closely adhering to Ohio’s 54% to 46% partisan vote share.

We need new districts that are not only representative of Ohio, but are also responsive to the will of Ohio voters. AAPI communities deserve fair representation so that our specific community needs and concerns are addressed within the state legislative body. OPAWL urges the Ohio Redistricting Commission to keep the AAPI and other BIPOC communities together in order to create a better Ohio when drawing fair maps.

Specifically, Central Ohio is home to the largest Bhutanese-Nepali community in the world outside of Asia, a total of approximately 27,000+ resettled refugees. In both of the gerrymandered state district maps the Supreme Court struck down, AAPI communities around Reynoldsburg, where the largest concentration of Bhutanese-Nepali residents live, are split into multiple districts: 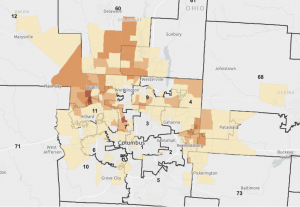 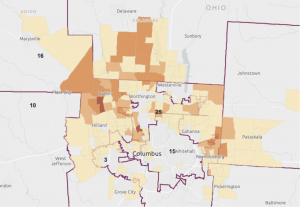 “Our voice is the single most important right that we can use to protect our democracy. We should do everything in our power to provide opportunities to all the residents to use their voices to express their opinion,” said Bhuwan Pyakurel, Reynoldsburg City Councilman and the first Bhutanese-Nepali elected official in the country. “A vibrant democracy is possible when communities are kept together. The current GOP map divides the Bhutanese community and kills the democratic rights of the people.”

Representational fairness should include an effort to draw districts in such a way that the voices of minority populations are not drowned out. By cracking AAPI voters into multiple districts, legislators have blatantly attempted to dilute the political power of the AAPI community and denied them fair political representation. We need fair maps that minimize the division of AAPI communities so that the interests of the growing population of AAPI Ohioans are fully represented.

“Gerrymandering in Ohio has safeguarded the interest of one party over the other at the cost of ordinary citizens, disenfranchising and alienating voters who believe in progressive values,” said Sudarshan Pyakurel, Executive Director of Bhutanese Community of Central Ohio (BCCO). “Partisan redistricting disproportionately impacts the voting rights of minority and first-generation Americans. We need fair maps to ​​fulfill the democratic values of fair and equal opportunity for communities to elect rightful candidates who truly represent our interests.”

Additionally, the number of eligible AAPI voters in Ohio grew by 39% between 2012 and 2018, compared to only a 2% growth for all Ohio voters as a whole. Census data suggests that registered AAPI voters cast their ballots at the highest rate in 2020 of any Census-tracked racial or ethnic group in Ohio. The maps should reflect our communities’ growing influence, not hinder it. Gerrymandering directly counteracts any attempt to increase civic engagement within the AAPI community, since people become less engaged in the process when they feel the outcome is predetermined and their voice loses power.

As the Ohio Redistricting Commission enters this next phase of the map-drawing process, we want to remind the mapmakers that these state legislative maps will shape our community representation for the next decade. AAPI voters have a right to choose their leaders in this representative democracy, not the other way around. Our communities should be fairly and equally represented by those on this Commission and deserve better than the maps that violated Ohio’s constitution.

We ask that the Ohio Redistricting Commission keep the AAPI community together as much as possible and follow the redistricting reforms as outlined in the Ohio Constitution, and recently upheld by the Ohio Supreme Court, when creating these new maps. Only then will we have an Ohio that truly reflects the will of the people.

OPAWL is a grassroots community that organizes for social justice and elevates the voices, visibility, and progressive leadership of Asian, Asian American, and Pacific Islander (AAPI) women and nonbinary people in Ohio. By co-creating an organized and intersectional feminist member-led community, we are building collective power. Our primary strategies for building power are through community building, art and storytelling, political education, and organizing campaigns.