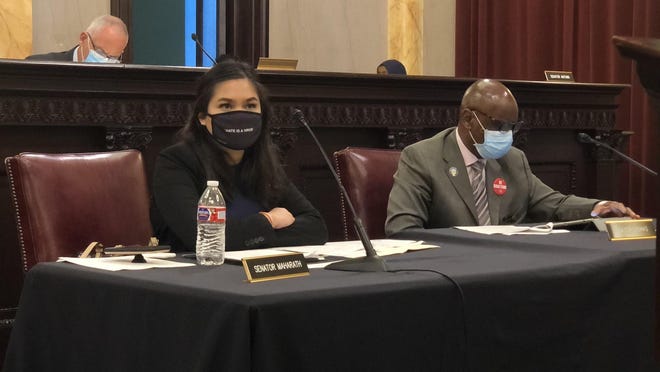 Recent discussions among some in the local AAPI community have centered on taking steps to mitigate violence before it has a chance to take root in Ohio the same way it has in communities where Asian Americans are more exposed by circumstance.

“In Columbus, you’re kind of siloed in your home right now; it’s not like New York City or San Francisco or Oakland, which are very much walkable communities, and where you’re more visible,” Sharon Kim said in February. “But I know as things open up, other people are anticipating an increase [in violence], which is why it’s important that we bring attention to the issue now and really try to mitigate things before they can get worse.”

According to Maharath, this is part of the drive behind engaging in these conversations early. “For us Asian Americans, we’ve always been labeled the ‘model minority,’ and it’s a myth. We’re always faced with the stereotype that we are the ones who stay quiet, don’t cause any problems, don’t say anything and just take what America gives us,” she said. “It’s time to break that model minority myth and say something and speak up. That’s why these discussions need to happen now, or this is something that’s going to snowball over time.”

Like Kim and Jona Hilario, one of the co-directors of Ohio Progressive Asian Women’s Leadership (OPAWL), Maharath sees this current push in support of AAPI people as part of the larger racial justice movement. (In February, Hilario said she hoped minority groups could come together and address the spike in violence against the AAPI community without falling back on an increased police presence that could “endanger our Black neighbors, or endanger Asian folks who maybe don’t speak the language and maybe get confused [when approached by the police],” increasing the potential for a negative interaction.)

“We have the same issues and the same fight,” said Maharath, who was approached to join the Ohio Legislative Black Caucus following her 2018 election, a membership she renewed for the most recent General Assembly. “We’re better when we work together.”