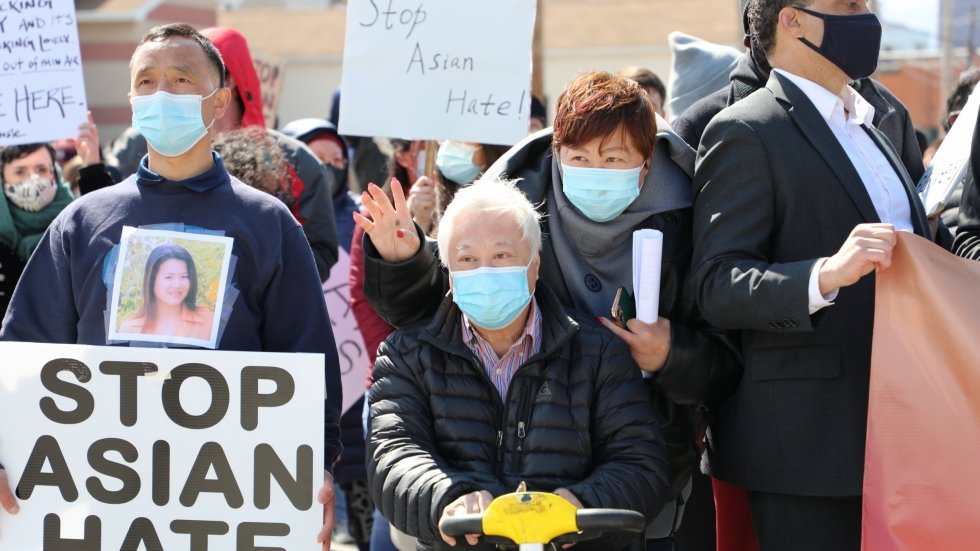 For some AAPI organizations and advocates, there’s an appreciation that the federal government recognizes the increase of racist acts toward AAPIs, but there’s also a feeling that this bill misses the mark on what AAPI communities have been asking for.

Tessa Xuan, a co-director of OPAWL, the Ohio Progressive Asian Women’s Leadership, acknowledges that Asian-Americans are not a monolith. There are some people who will want to see stronger law enforcement, but she said that many minorities, including AAPIs, don’t feel comfortable or safe interacting with law enforcement.

“I think for those of us who are rooted in history and rooted in wanting to be in solidarity with black and brown communities and with the parts of the AAPI community that are interacting more negatively with the law enforcement, we need our members of Congress to have more imagination when it comes to what real community safety looks like,” Xuan said.

Fellow OPAWL co-director Jona Hilario, said that because the focus is on the hate crimes, it’s also focused on those who commit hate crimes and doesn’t do enough to support the victims. And thinking of this racism as a crime issue, doesn’t treat it as a systemic issue.

“The fact that they went with a hate crimes bill tells you that’s what they viewed as the solution – to talk about it as a crime issue, which put the focus on individuals and not the conditions that create this kind of violence to people of a specific race,” Hilario said.

AAPI communities are often looking for investment to improve the spaces where AAPI communities live, an increase of bystander intervention training, increasing education about the history of racism toward Asian-Americans and putting an end to terms like China Virus.

OPAWL is in talks with the Ohio Senate Finance Committee asking to make amendments to the state budget. The request is for three specific items: to create the Ohio AAPI Commission and the office of Asian American affairs; to allocate money to community organizations; and to provide funding for refugee programs through the Jobs and Family Services Program Support.