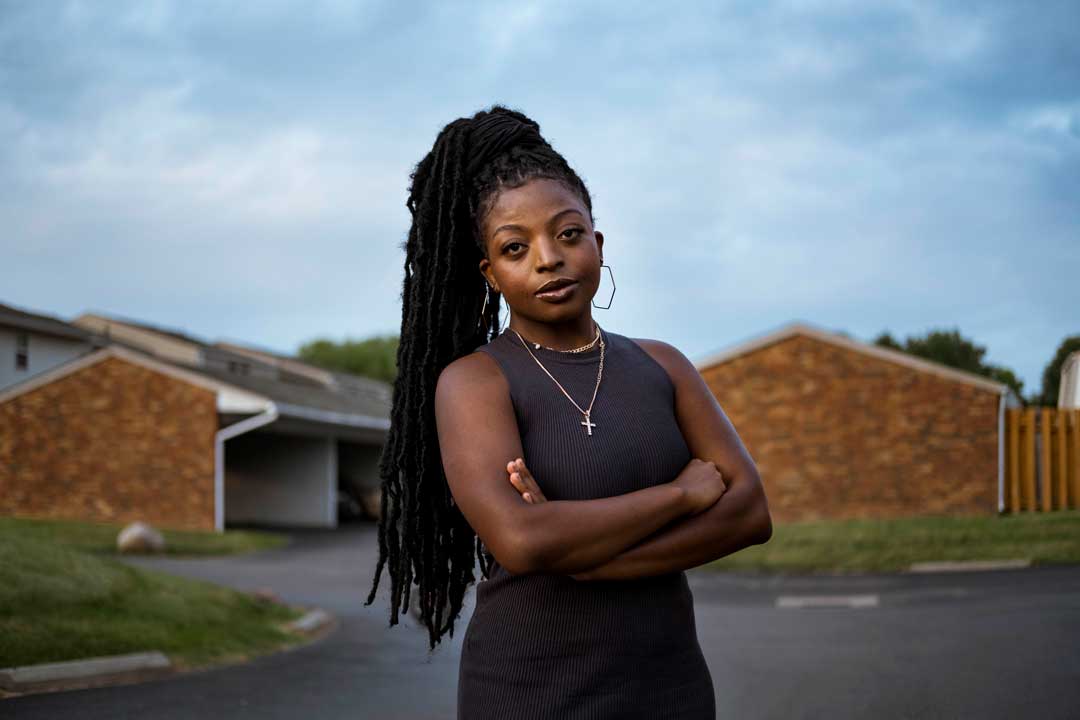 Building Community Wherever We Go

Kanyinsola Oye shares how her father was able to sponsor her family to immigrate to the U.S. from Nigeria after years of long distance relationships, and how her uncle was deported when she was 15 years old. 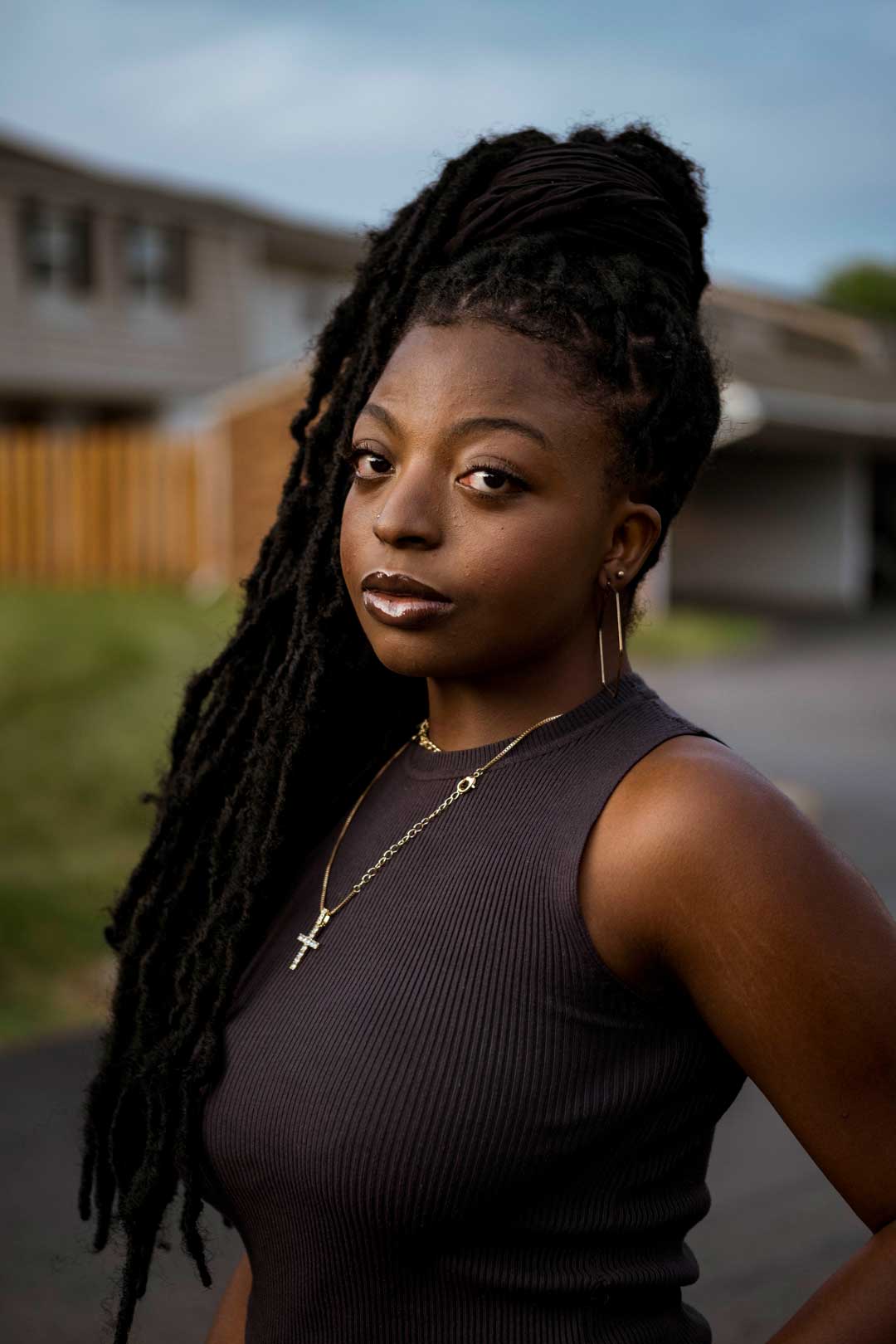 In 2002, my family and I immigrated to the United States. When I think of our immigration journey, the words I think of are “community” and “motivation.” And although this sounds negative, I think of “struggle,” too. My parents had to work extremely hard in order to support our family. My mom had a degree in Nigeria, which wasn’t recognized here. You really have to start from scratch. What does starting from scratch look like? My mom’s degree wasn’t recognized here and she had to find a way to work here. She found her niche in cosmetology and doing hair, but she had to go to school for that. And of course, school costs money. It’s a process to find out what you want to do, but even once you find that, it’s like, “Who’s going to take care of my kids while I’m at school and work?”

Then “motivation” was a key word too—motivation to make it, to make money. Once you move to America, you have to take care of your family back home. That’s what a lot of it is about, working to make sure everybody is good. At a young age, I observed the core values of my parents in their care for their community, which is the reason I do community work now. In our culture back home, everyone is building toward community and to create a better life for a child. I saw the culture of individualism here in direct contrast to that. Non-biological family is a huge part of our culture and making sure everyone is taken care of because everyone is aware of how hard it is to make it here.

My only biological extended family in Ohio was my uncle. We are extremely close. I tie “struggle” to him because I remember being as young as nine years old and constantly having to go to courtrooms and attend hearings for his green card and work eligibility. I realized even then that being a citizen was a big deal because there’s so much you can’t do [without citizenship]. I may not have understood everything that was happening, but we always came out of these hearings so sad and depressed. Lawyers kept collecting money, but nothing was changing in my uncle’s situation. We would keep hearing that his request was denied and that we’d have to come back for other hearings, in an endless cycle. My uncle was eventually deported after a long struggle. He can’t reenter the U.S. even now, and I think he’s just accepted he wasn’t supposed to be here. I feel like he struggled more here than he ever did in Nigeria. In Nigeria, you might not have money, but you have your family and community there.

I view community as a group of people that are not only there for you when you need them and can help you, but are also willing to call you out on things you aren’t doing well. In community, there’s money, but also time. Kinship is when you can say “oh drop your kids off at my house while you go do what you need to do,” or “Walk with me to the library so I don’t have to walk alone.” In America and even with community organizations, it sometimes feels like you can just throw money at something. But you need time and friendship as a part of community too. When I think of community, that’s what makes the world go around. We’re not meant to live in this world individually. You need people around you to help you. I have community here, but no biological family and that’s hard. Where do you go for Thanksgiving or Christmas? You have to create your own traditions and really start over. 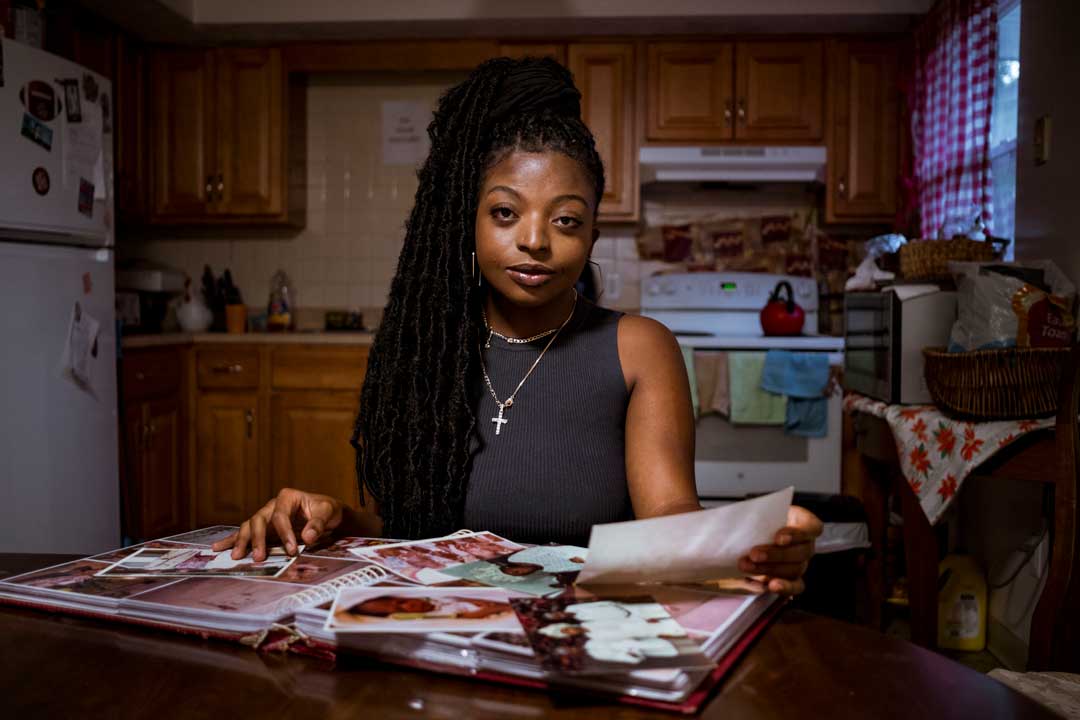 In America, I do see an erasure of African and Black immigrants. We have African immigrants, but we also have Afro Latinx immigrants, and people who come from Brazil, people who come from Haiti. Many of them are erased from immigrant narratives. There’s this idea that none of us are free until we’re all free. When we talk about immigration and people want to focus on just one type of immigrant—it doesn’t work like that. We all deserve rights and a place. Immigration is so vast and encompasses so many issues, and it can’t focus on just one type of person or one single issue.

American imperialism, extracting resources, and harming people all contributes to immigration. To me, if we solved those root issues, people might not need to immigrate. It’s not that people hate their home countries; so many of them flee because they have to. A better immigration system would give people a chance to succeed. In our system now, so many people are built to fail. You arrive here and either can’t work, or you have to work in very low-paying jobs. Your kids are young and have to take care of themselves because there’s no free daycare. You have to find a home and make sure you can feed your children, have a work schedule that aligns with childcare, get healthcare. It takes time for people to get up on their feet. Then when there’s language barriers, it can be even harder. People are told to build themselves up, but they need community to do that. If our immigration system was rooted in empathy and not money, it would be so different. Until that changes, the immigration system can’t improve.

I want to be a lawyer because I feel like once I’m established, I can fund pro bono work and help people. I know what that struggle is like from the other side. I want to be a space that doesn’t prioritize profit over people’s needs. In my life now, I find resilience in my mom. She did so much when we were younger and there was never a moment where she told us anything was impossible. She nurtured every dream and mission we had. Even as I’m graduating from college and working to get into law school, my mom’s resilience keeps me moving. My mom and dad always encourage me to get up and I know that because they immigrated and went through so much, I can do anything. Because of my parents, I know what resilience is. 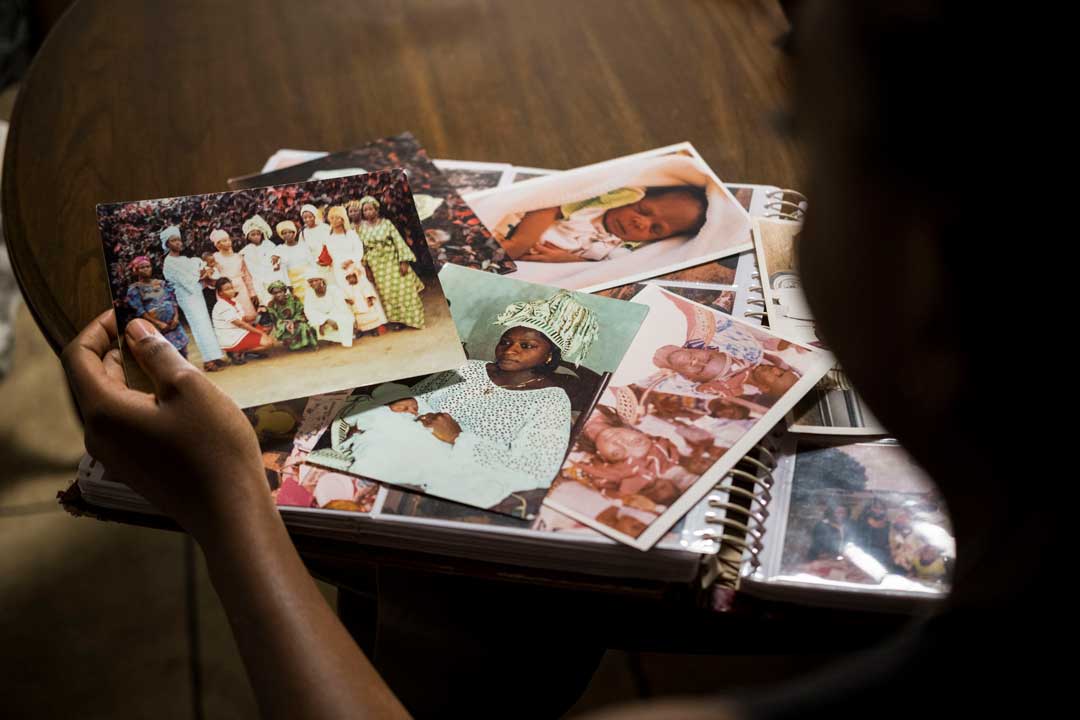 Urge Congress to reduce funding for ICE and CBP, protect and strengthen family-based immigration, create a pathway to citizenship for 11 million immigrants, and support comprehensive immigration reform that will reunite and keep all families together. The federal government wastes more than $25 billion each year on jailing, abusing and deporting immigrants. Instead, we must redirect federal tax dollars to community-based case management programs as well as health care, education, housing, infrastructure and programs that benefit all of us.

← Hsa Win Eunice Uhm →
Share this with your friends and family to spread the word!