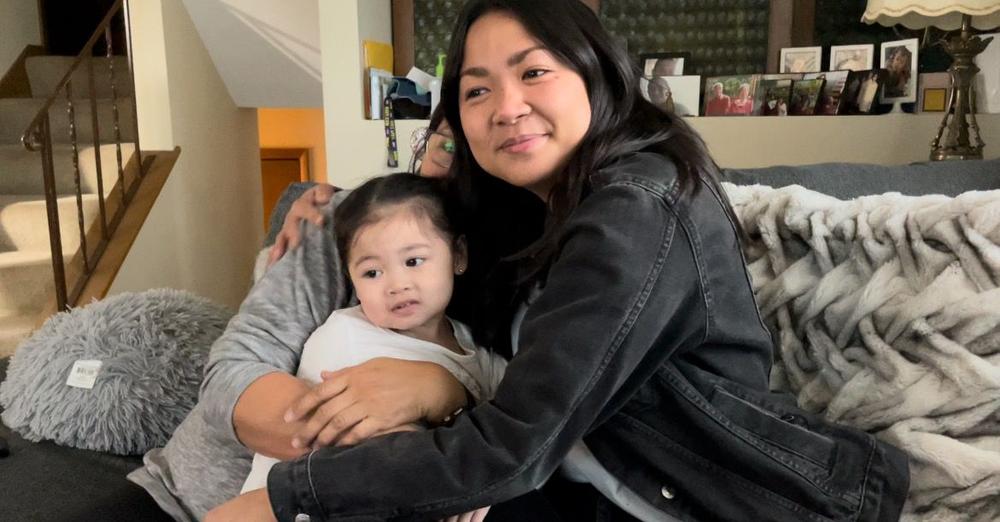 Excerpt from the story:

“I think our immigration story started, at least for me, when I was 8 years old. This was is in 1998, when my mom left me to move to the states,” Gonzales said looking back at old family photos. Gonzales said her mom left her and her siblings in the Philippines to provide a better life for them by working in America. She said the separation wasn’t always easy.

“I didn’t see her for eight years until I reunited with her in 2006,” Gonzales said. Gonzales shared her experience in the Love Has No Borders Digital Immigration Storytelling Campaign to offer a different perspective of how the immigration system affects families.

“The biggest thing that I’m always trying to make people understand is (that) when a person immigrates to the states, it’s often that the only focus (is) on the arriving here and the building (of) the new life here. But it’s never really highlighted the life that they’ve left in their home country,” Gonzales said. The campaign is run by an organization called Ohio Progressive Asian Women’s Leadership. It features several experiences like Gonzales’ to encourage support for immigration reform that allows families to stay together.

“Through OPAWL, they’ve really given me not only the power back but also like the knowledge and the ways in which I can change and help other people who are my age at the time when I moved here to also navigate and understand their way through this really complicated system,” Gonzales said. Gonzales said that her last sibling was able to come to the United States in 2018.

On the way to her mom’s house, she imagined what a reformed immigration system might look like.

“Currently, the Senate has a chance to actually change the immigration policy where it could look a little more focused on the human aspect of immigration and actually helping the hundreds and millions of families that are currently waiting and hoping for a more humane system,” Gonzales said. Gonzales said she cherishes the time that she can spend with her family now that they are all together in the states.

“It’s really a good, like, almost like, an ending to a story. Like we’re all together and my mom’s reaping the benefits of her sacrifice,” Gonzales said. Now that she understands years later why her family had to be separated, she has one thing to tell her mom:

“Thank you … It’s been hard, but rewarding, yeah,” Gonzales said, sitting next to her mom and niece.