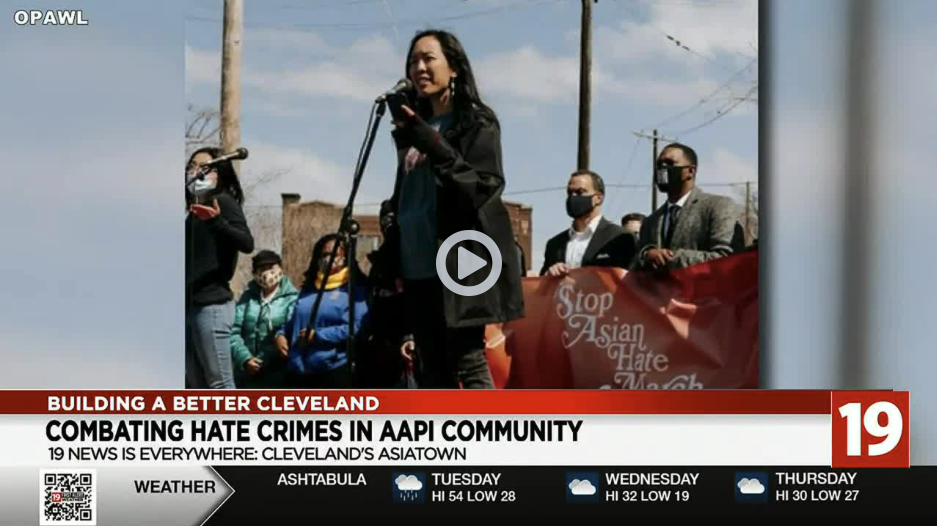 Vivian Yu and Tessa Xuan are always cautious when walking around, even in their own neighborhood.

They’ve seen the devasting toll hate crimes have taken on people in their community.

They are part of OPAWL which is an Ohio-based social justice organization for Asian American and Pacific Islander women [and non-binary people].

“It’s just not about combatting the hate but it’s about supporting each other,” said Xuan.

Both women live in Cleveland and they wanted to shine a light on the uptick in hate crimes against the AAPI community in our area.

According to the national organization “Stop AAPI Hate,” there have been 41 incidents of anti-Asian acts in Northeast Ohio from March 2020 through November 2021.

“A lot of the incidents involved verbal harassment, coughing or spitting on people, harassment of children, refusal of services at businesses… that kind of thing,” said Xuan.

Xuan believes the rise in AAPI hate crimes was fueled by misconceptions and ignorance.

“I think the real trigger for this surge in violence has been political rhetoric that has been blaming Asian Americans… for all of the issues that have come up with the pandemic, real suffering people are facing.”

Both Xuan and Yu say the best way to combat that ignorance and build a better Cleveland for the AAPI community is through education and representation.

“Building a better isn’t about just individual acts… it’s also about addressing the systems that are at the root cause of why anti-Asian hate and violence have been over the past few years,” said [Yu].