Response to Joint Solidarity Statement from AJC Cleveland, ADL Cleveland, and the Jewish Federation of Cleveland 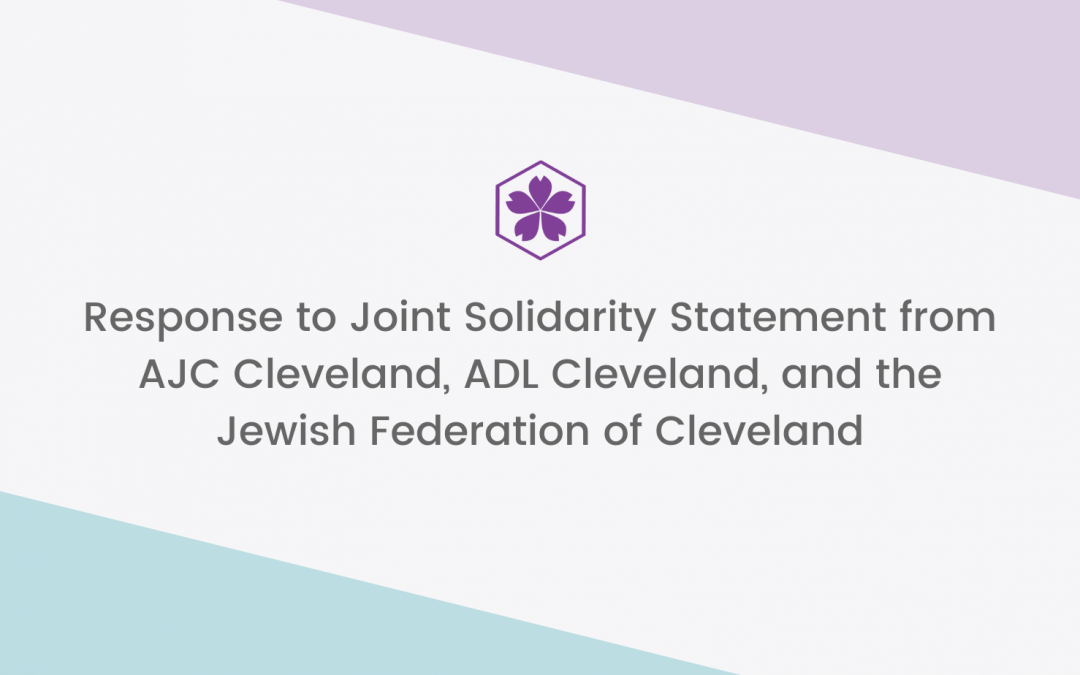 It has been brought to our attention that a Stop Asian Hate event co-sponsored by OPAWL earlier this year received a joint solidarity statement from the American Jewish Committee (AJC Cleveland), the Anti-Defamation League (ADL Cleveland), and the Jewish Federation of Cleveland. Though we appreciate the show of solidarity from these organizations, OPAWL does not endorse these organizations’ positions and actions on:

As an organization that is committed to human rights, immigrant rights, and rights of Indigenous communities, OPAWL stands in solidarity with the Palestinian community, including Palestinian American OPAWL members, in the struggle for freedom of movement and safety within their homeland. OPAWL believes that the safety and freedom of Jewish people is tied to the safety and freedom of Palestinians. We believe that none of us are safe while one of us is oppressed, and that AAPI liberation is bound to the collective liberation of all communities.

We invite AJC Cleveland, ADL Cleveland, and the Jewish Federation of Cleveland to withdraw their support and funding of the US-Israeli police exchanges and their opposition to the BDS movement, and to join us in our continued fight for a world where all people, including Palestinian, Jewish, Muslim, Asian, Black, and Brown communities can live their lives freely in vibrant, safe, equitable neighborhoods, liberated from bigotry, police brutality, and globalized militarization. Doing so would demonstrate true solidarity with AAPI communities.

OPAWL constantly works in collaboration with a wide coalition of progressive organizations and we try our best to be intentional in seeking partners with aligned values. We acknowledge there will at times be differences and partnership does not equate to complete alignment on all issues. However, we will always remain dedicated and accountable to our mission and values, including those to uphold the voices and rights of the oppressed.