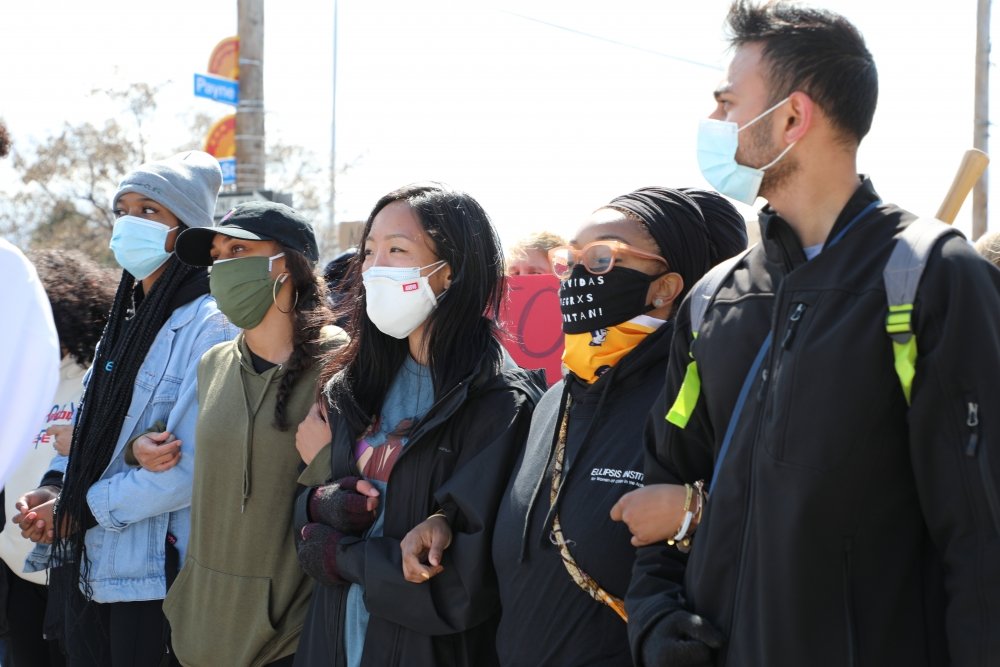 The march came just a week after a mass shooting at three Atlanta-area spas in which eight people, six of them women of Asian descent, were killed. Their deaths were profound in a year in which racism and violence toward Asian Americans and Pacific Islanders (AAPIs) grew at an alarming rate.

“I’ve been feeling the fear and the anger for all of the pain that we’ve endured over the past year, not just from seeing our elders being targeted by individuals in the streets, but from the systemic and institutional violence against us,” Tessa Xuan, a co-director of the Ohio Progressive Asian Women’s Leadership (OPAWL), said to the crowd. “Violence which has demonized, violence which has exploited, violence which has deported, killed and tried to erase us.”

They asked for support and solidarity with the AAPI communities, but that won’t be enough. They also encouraged those in attendance to reach out to lawmakers to demand additional resources for AAPI communities that would help them thrive and stay safe.